So I thought I might buy me a Landy as a run around toy... And now I am hooked, hook, line and sinker.
I love the old girl. She had been abused, used, molested and made to look like a Defender which she is not. 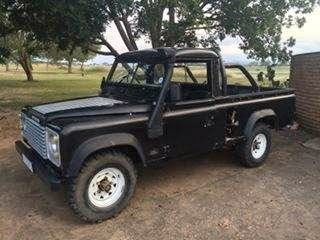 So we set out to remove all the non standard bits. Roll bar, front grill, snorkel. Unfortunately those under those cheesy fender flares the metal had been butchered and cut. But I thought I could live with that. 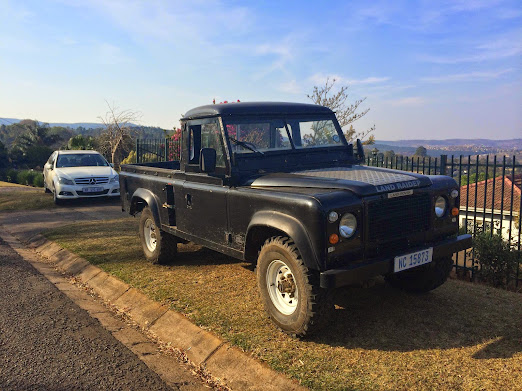 We completely overhauled the brakes, lines, drums, cylinders etc. We replaced all lights and indicators. Had the radiator done and a few other bits.
I drove around quite content in my old girl, noisy engine at high revs but otherwise great fun to drive.
However this was short lived as I discovered that the noise from the engine was in fact a bearing knock.

Which left me at a cross road... Sell and take a knock. Do an engine conversion. Have the engine rebuilt. Sell for spares.

So being a die hard and a puritan I decided to rebuild the original R6 engine at a cost of R25000.00

11k for the parts and 10-15k for labour, its still at Cronje engineering. So almost brand new engine for my girl.
We got the new parts from Beltrade.
We could not however get oversized pistons, no new oil pump so we bought a reconditioned one and no new timing chain tensioner. 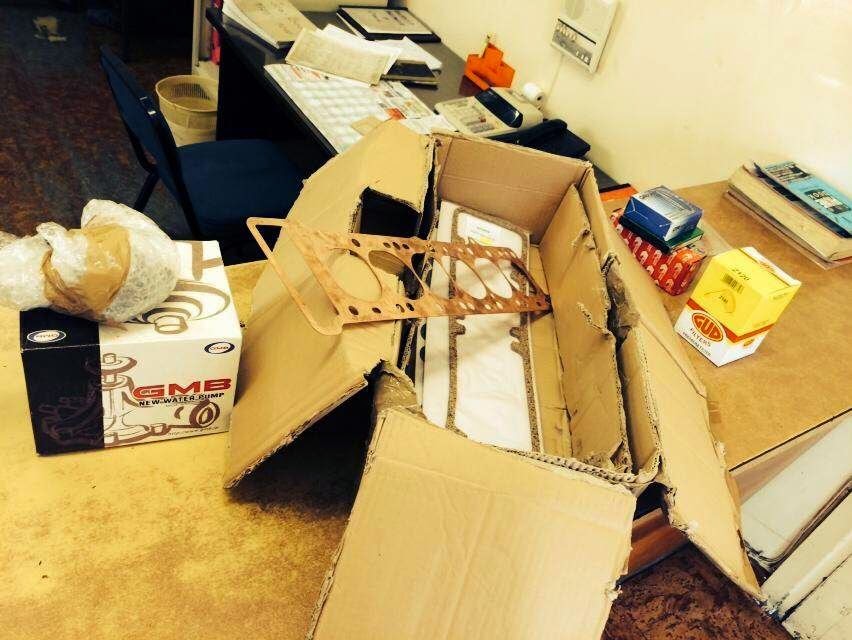 So the other day I thought to myself, why not just get the outside sprayed/touched up.
A mechanic mate said hey no problem! 5k and he will spray it flat black no problem.

Then I thought, if its that cheap I might as well try and buy 2 x fenders and a bin then I can get rid of those horrid fender flares. 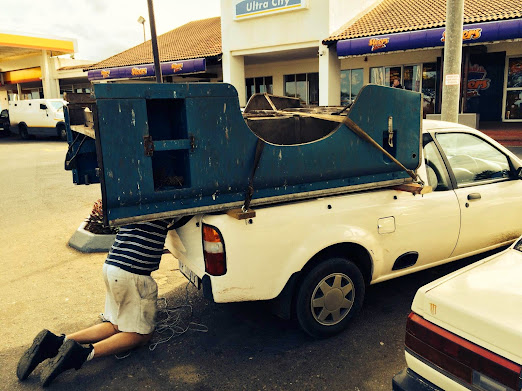 So we found a pristine bin, straight as an arrow and in great condition. Two fenders and of course some other bits from Graham on the South Coast.

So then my mechanic mate strips the bin off and the front fenders and says whilst he is at it he might as well take the roof off for easier spraying etc. 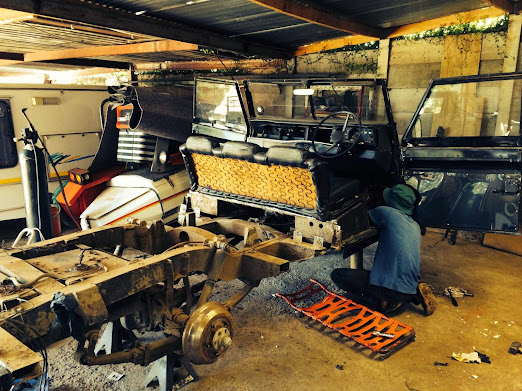 Then he reckons that he recommends that I redo the wiring as its in a poor state. So he stripped the dash...
Needless to say that the dash is completely rusted through and so was the firewall!
So we will now strip, paint the chassis, service diffs etc. and will put it back together piece by piece.

I will keep the thread going with pictures and updates. 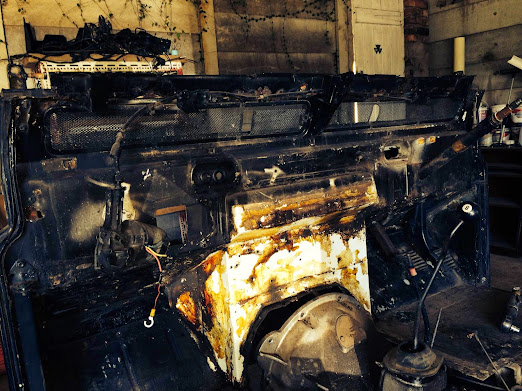 Welcome to this forum.

Good to see someone is keeping a Series 3S original.

Will follow your progress and hopefully meet you in December as I plan to be in your area.

Welcome to this forum.

Good to see someone is keeping a Series 3S original.

Will follow your progress and hopefully meet you in December as I plan to be in your area.

Please do pop in! I own a pub in PMB. Bought the firewall from Berndt.
Top 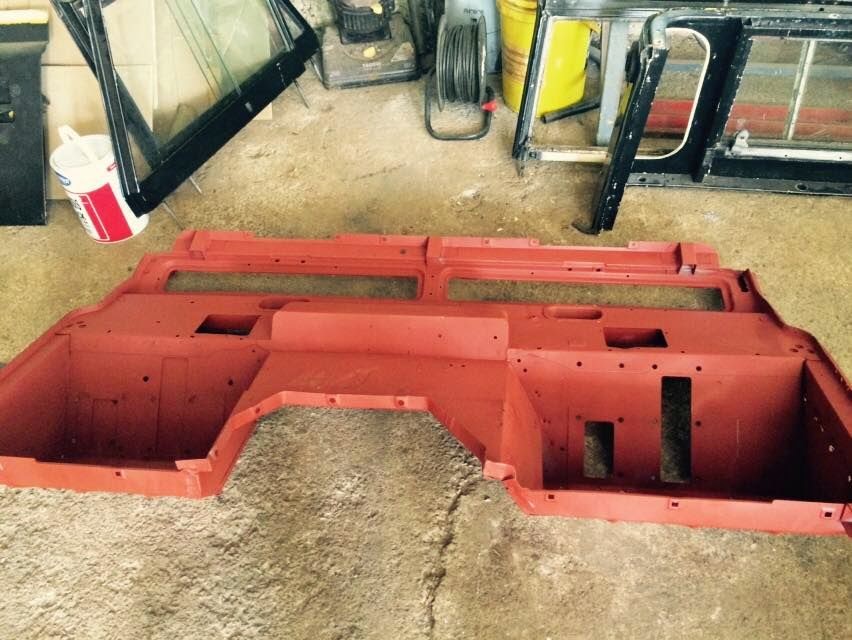 Hey it's looking great! I'm busy with a similar project on my R6. Just took "Larry" for a 1000km round trip over swartberg pass and to "Die Hell", they do grow on you! Yours is going to be proper once you done!
Top
Post Reply
8 posts • Page 1 of 1

Users browsing this forum: No registered users and 2 guests